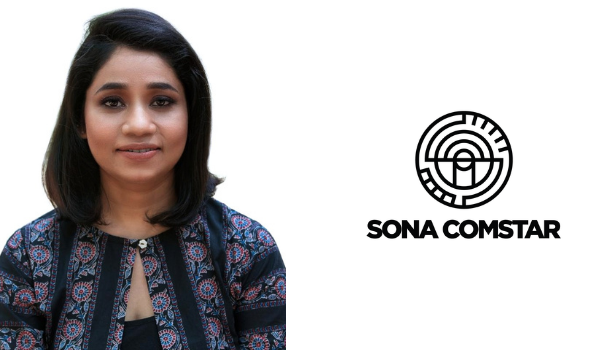 Sona Comstar, a manufacturer of bevel gears and differential accessories for the automotive business, has hired Arunima Mohanty as its head – HR. In this role, Mohanty will lead the people agenda for Sona Comstar.

Sharing her excitement, Mohanty reveals exclusively to HRKatha, that “the organisation has fast-paced growth plans” and she looks forward “to supporting the growth through the Company’s human resource strategy, which focuses on the comprehensive culture of learning, growth, innovation, and inclusiveness”.

Sharing her excitement at this opportunity “to lead the People Success charter for Sona BLW”, Mohanty says, “For me, positive minds, keeping a continuous momentum around the development of self and others, and building more meaningful relations with teams and engaged stakeholders, results in greater business outcomes and individual growth”.

Prior to this appointment, Mohanty was the head of corporate HR at Rockman Industries, an auto component manufacturer and part of the Hero Group.

At Rockman, Mohanty partnered with the business to drive strong people processes. She further contributed to building a culture focussed on people’s success and satisfaction. She majorly contributed in areas such as organisational design, HR digitisation, talent management and people’s analytics.

In the initial part of her career, Mohanty worked with companies such as Gabriel India and Jay Bharat Maruti (JBM), both of which are auto component manufacturers.

Mohanty joined Gabriel in 2006 as a senior HR executive and was later promoted as Manager-L&D, where she was actively involved in designing content for training and keeping a track of training deliveries and measuring their effectiveness.

Moving on from Gabriel India, Mohanty joined JBM as business lead – learning, leadership and talent development where she played a crucial role in building high performing HR processes and creating a pipeline for next generation of leadership.

After two years, she joined National Engineering Industries, as head-talent strategist for over four years.

Mohanty also did a two-year stint at Spectranet, an internet services firm as lead-people & culture.

In her close to 18-year long professional journey in HR, Mohanty spent most of her career in the automotive components manufacturing sector.

Having graduated in Psychology (Hons) she completed her masters in HR from Delhi University.