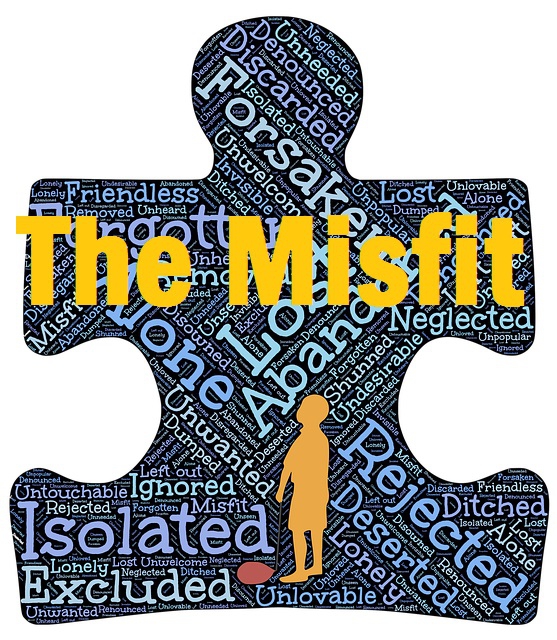 People who don’t quite fit the bill have been found to make the most significant impact on a company’s success.

One bad apple spoils the bunch — this age-old saying has lost its relevance in today’s workplace. Instead, the reverse holds true now. The one odd guy or the ‘misfit’ is a must-have in any team. Industry experts are of the view that ‘misfits’ not only complement the team but they add immense value as well.

Time and again it has been proved that the people who don’t quite fit the bill are the ones who make the most significant impact on a company’s success.

For instance, what would software companies have done without anti-social geeks? Or how would hedge funds have fared without oddball quants? Today, policymakers look to rule-breaking entrepreneurs to create jobs. The fact is that unlike the school playground, the marketplace is kind to misfits.

Let’s take the case of a traditionally old company, which is trying to catch up with the new world. It desperately needs to hire a ‘misfit’ or a ‘rebel’ . This is because, these misfits, rebels or ‘troublemakers’ just like going against the traditions and social norms. They are the ones who will not nod in agreement with the boss in the conference room. Instead, they will disrupt and debate on the discussion. This way, they force the organisation to rethink on the strategy.

“At a time when we recognise and celebrate the richness in diversity, what a so called ‘misfit’ or a ‘different’ perspective could do is, challenge the status quo and provoke the wider team/ecosystem to also think differently and embrace change. Given the constantly evolving market dynamics and the flux being witnessed, one can barely think of an environment that does not need such challenges, and hence the so called ‘misfits’,” says, Shalini Pillay, head-people, performance & culture, KPMG.

“It is important to leave out derailers, and hence, picking up positive misfits enables the environment to a great extent.”

However, it is advisable that organisations should be extra cautious while hiring ‘misfits’. Finding ‘the perfect’ candidate may be difficult, but finding the perfect ‘misfit’ is even more challenging. Believe it or not, if someone manages to find the right ‘misfit’ for the team, it means he/she has found a goldmine.

“It is important though to have cultural mapping done and then hire some outliers who will create this vibrant disruption. It is important to leave out derailers, and hence, picking up positive misfits enables the environment to a great extent,” quips Padmanabhan.

“The work culture, DNA and the leadership openness is vital to incubate this. They may not necessarily have an entrepreneurial drive but if it’s there then it’s a ‘double whammy’,” he adds.

So, how can ‘misfits’ be identified?

There is no science to prove it, but it has been observed that misfits aren’t the traditional academic toppers but they try to learn from all that is taught outside the four walls of a classroom. They are considered to be highly intelligent and sensitive. They are fearless and have nothing to lose socially. It has been seen that many of these ‘misfits’ are successful entrepreneurs, or startup leaders.

An organisation attempting to hire a misfit needs to be ready for a change, and ensure that cultural fit is not compromised. It also needs to ensure that it is not hiring as an experiment or when objectives are not clear.

“Given the constantly evolving market dynamics and the flux being witnessed, one can barely think of an environment that does not need such challenges, and hence the so called ‘misfits’.”

“Businesses which are hugely dependent on processes should avoid hiring misfits,” shares Padmanabhan.

“To ensure that one has gained from the perspective of such diversity, the key would be to foster a culture that is truly open. One that embraces diversity and builds an organisational infrastructure that helps align and channelise the diverse views towards a common purpose, and hence, yields constructive output,” concurs Pillay.

Next time, while searching for talent, if you come across a misfit, don’t just rule him out, and instead try to fit him in.

Do celebrity endorsements work in the HR tech space?