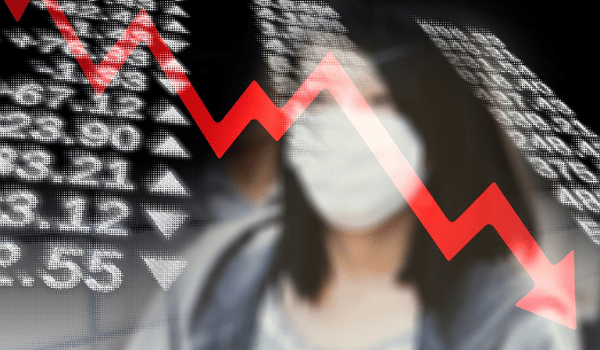 In the ‘World Employment and Social Outlook: Trends 2022’ report, the International Labour Organisation’s (ILO) comprehensive research team predicts that the labour market, which saw a significant dip in the initial phase of the pandemic, that is 2020, will continue on a recovery path, albeit gradually. Speaking about India and the Asia-Pacific region in particular, the recovery of Labour Force Participation is expected to pick up slowly and remain below pre-pandemic levels in 2022 and 2023.

Pre-COVID-19, India’s labour force participation rate (LFPR) stood at 49.3 per cent. It declined to 46.3 per cent in 2020. In fact, LFPRs are expected to remain below their pre-crisis levels through 2023 in all subregions of South Asia.

The labour force participation rate is a measure by which an economy determines the proportion of its working population which is actively working or looking for work. The proportion is derived from the total working population -16 to 64 age group – of an economy. Students, housewives and people above the age of 64 are not part of the labour force.

However, the report observes that the total number of unemployed would decline in the coming two years. The number will still be much higher than in 2019. The number of unemployed in the workforce, globally, according to ILO, will hover around 203 million, much higher than 2019’s 186 million. The recovery in employment is expected to be sharp for higher-income countries. It estimates that half of the increase in employment is likely to be concentrated in countries with higher incomes between the years 2021-23. As for lower-middle-income countries, India being one, the estimates do not show high growth employment wise. 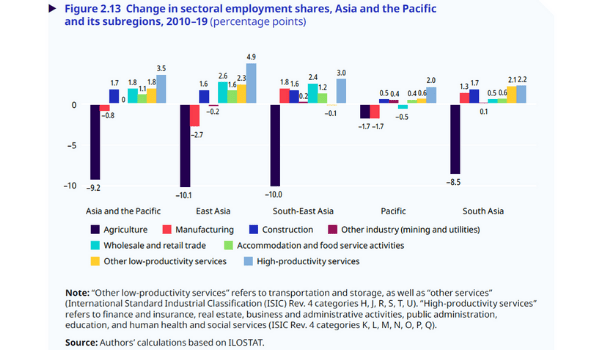 “The lower-middle-income countries such as India, Philippines and Bangladesh, have seen the largest drop in the employment rate and in the LFPR. They are also seeing the slowest recovery,” the report says.

The most heavily-hit sectors in India in terms of employment are hospitality, manufacturing, and wholesale and retail trade. The report pointed out that the major reasons behind the labour drop in manufacturing are supply-chain disruptions, shifts in market demand, and pandemic-induced changes in labour supply. It also said that the region had the largest decline in manufacturing employment as a proportion of total employment due to the pandemic. 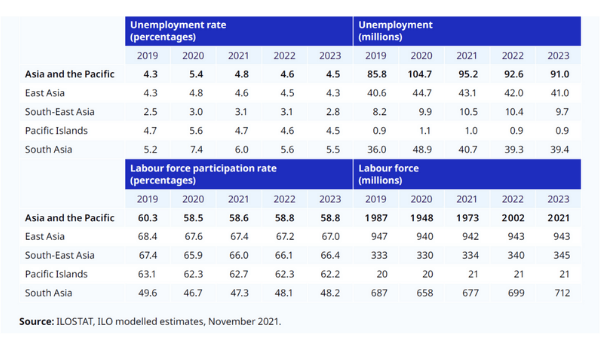 The report observes that although most of the employment in these sectors involves interpersonal interaction, they face lower risks from automation than do occupations in other sectors – at least in the immediate future. However, occupational tasks that cannot be undertaken remotely and require human contact continue to remain vulnerable to public health emergencies such as the pandemic. At the global level, the demand, and hence employment in these sectors will still take time to reach pre-pandemic levels. “Given the need arising from the pandemic to harmonise travel measures and logistics, including health and safety protocols, the recovery of international tourist flows to pre-pandemic levels is not expected before 2024,” the report says.

The UN body’s report said that the most affected sector of the workforce during the past two years has been the informal workforce. A large chunk of the sector had to retract to financially depend on government measures. In the South Asia region, the dent made by new variants of the virus along with generally slow vaccine rollout rates is leading to a ‘downward revision of the region’s growth prospects, especially for South Asia and South-East Asia.’

Gig working is one of the biggest emerging employment trends in the region. The report says that for developing countries such as India, gig working already accounts for half of the total employment. This contribution would further increase in the near future.

It also highlighted a key aspect associated with gig-working, that is, employment uncertainty. “In developing economies, gig workers often subscribe to multiple platforms to try to access enough gigs and so piece together an income. The uncertainty of whether one will get enough gigs, among other factors, makes this form of work insecure,” the report said.

Google to enhance Workspace for frontline and healthcare workers

How HR head Abhishek Mishra paid the price for being a...