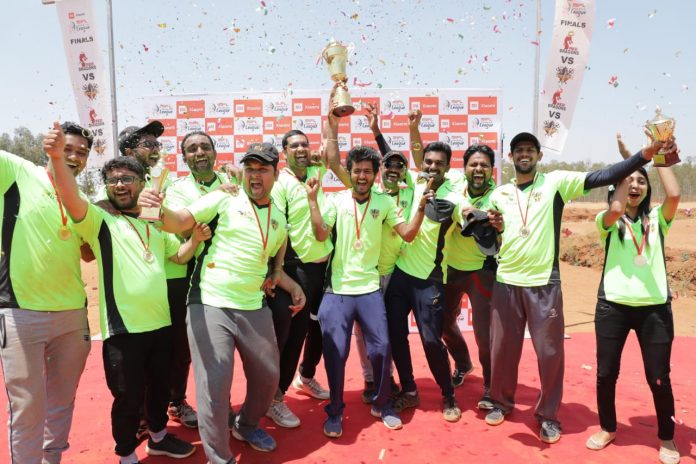 Having starting its journey just five years ago in India, Xiaomi has already made a significant inroad into the market plus, along with its partners, has generated employment for over 50,000 employees across the business segments with around 30,000 employed in its manufacturing segment alone. Xiaomi India currently employs one thousand employees in its Bangalore HQ and across its five regional offices.

Apart from being a preferred brand in the electronics segment, it is also trying to become a preferred place to work for its employees.

Muralikrishnan B, COO, Xiaomi India, says about the Company’s people strategy, “Our people strategy is based on three pillars— we want to be a preferred place to work for our employees, to drive a culture of engagement and create a learning and growing culture for the workers and the Company.”

To begin with, the organisation has put in a learning and development initiative called Mi learning systems or Miles. Here, they have open programmes that are available for everyone and focus on functional or technical skill building in areas, such as communications, analytics, user interface/experience among others. After that, there is a learning programme for first-time managers called boot camp, which is an eight-week rigorous programme. Here, all first-time managers are taken through a structured learning session in the art and science of management. As a part of the programme, employees are taught to conduct critical feedback sessions, delegate and handle tough employees.

On the engagement part, the Company has introduced a number of initiatives. Sports are a part of the organisation’s culture, and activities such as in-house cricket tournaments and football tournaments are organised quite often. Apart from these, they also have indoor sports Olympiads and run-with-me marathons, where the employees are encouraged to run.

Our people strategy is based on three pillars— we want to be a preferred place to work for our employees, to drive a culture of engagement and create a learning and growing culture for the workers and the Company

Xiaomi organises a cricket competition called Mi-Pl where around eight teams participated in the last edition. The competition ran over the course of four weekends. In the indoor segment, it holds games such as carom, chess and table tennis. Every quarter the management puts out a calendar where the dates on which these tournaments are going to be held are displayed/marked.

“We have one of these sports initiatives almost every month as a way to bring people in the office closer. When employees start bonding over non-work situations, they get to develop a sense of empathy and gain perspective”, says Muralikrishnan.

In March, last year, the Company organised a Kids Day, where employees were allowed to bring their children to work. Arrangements were made to ensure that there was enough entertainment and engaging activities for the kids. Then again, in May, last year, the Company celebrated its fifth anniversary. As a part of this, they organised a family day where all employees brought their family members to work. The highlight of the celebration was the Xiaomi’s annual awards, which they gave away on that day.

As an organisation, Xiaomi tries to provide a transparent and attractive environment for its employees. To develop an open culture, the management organises an all-hands get-together where the leadership addresses all employees in the office. One week before the event, employees are sent a form wherein they get to ask any question they want to of the leadership, and the leaders in turn try and answer these questions to the best of their ability.

As a part of its benefits package, the Company offers a 10 lakh medical benefit to all its employees. The insurance is available for all staff members and their families, including spouses, parents and children. The Company also provides free food and snacks and free transport services in its Bangalore office.

On its diversity initiative, Xiaomi, along with two of its manufacturing partners, has collaborated to hire more women at their manufacturing plants. As a result, now it has over 95 per cent women at its Chennai facility. The employees there get transport service to and from the factory. They are also provided dorms to stay in so as to make their work easier. “We recognise the value and perspective that women operators bring. They are a lot more reliable, focussed and efficient”, says Muralikrishnan.

Women comprise around 20-25 per cent of Xiaomi’s workforce.

A big part of Xiaomi’s organisational culture is its customers. The organisation has Mi-fans, that is, customers who love the brand. There are 20 different fan clubs across the country and they have organised themselves in a structured manner, including appointing a president and vice president. At the moment, the Company has 20 employees who have come on-board from the Mi-fan community.

Every time a new product is launched, the Company invites these Mi-fans to the launch. Last year, when Xiaomi released the Redmi note 7 pro, around 1300 Mi-fans attended the event. Again, in October 2019, around 1000 fans attended the release of the Note 8. “The purpose of inviting them is to gather feedback on the product and use that information to improve ourselves”, says Muralikrishnan.

How an organisation encouraged employees to quit smoking