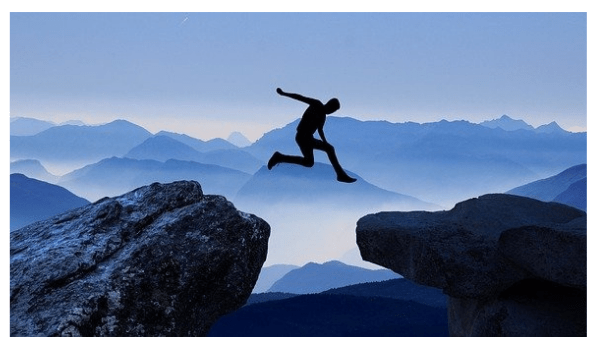 Internal hiring saw a spike in the last one year. Lockdowns ensured that businesses struggled to keep their revenues intact, which led to drastic reduction of external recruitment. However, internal movements continued. In fact, a LinkedIn report claims it has been 20 per cent higher in 2020 as compared to the previous year. Organisations opt for it as they ensure retention apart from getting recruits who are already well-versed with the goings-on of the system. It is also cost-effective as a lot of onboarding exercises can be avoided. In the case of the employees, they just have to get acquainted with a new role and related demands, while everything else stays the same. It saves them the time and the pain of finding a suitable alternative elsewhere.

However, it’s easier said than done. For internal movements, it is imperative to have the right motive. Employees should not see them as a means to experiment rather than as opportunities to grow. Therefore, there are certain unsaid rules that need to be taken care of when an individual is applying for an internal job posting. Human resources experts insist that intentions matter more than the role, and also, career development.

Typically, internal movements happen for development roles or sometimes for a regular job. Both the categories will have different obligations for the individual. Rajeev Singh, CHRO, ATG Tires, Yokohoma, feels it has to be done in two ways. “The Company also has a responsibility to provide help and support to an individual, such as transition support, mentorship and so on. This is if they are going for a regular job. On the other hand, organisations create roles to help individuals develop to the next level. In such cases, it could be a shadow or a temporary role. The company sends people overseas as a part of a development plan.” But he warns that it shouldn’t be taken for granted. “These are opportunities people should leverage to develop themselves to be better and be serious about it. When they return, they should apply their learnings to their workspace. They shouldn’t create any self-constraint or assumptions and not avail the opportunity,” Singh adds.

A certain job posting on the internal recruitment board may seem really enticing than the one a person currently holds. But it should be considered for all the right reasons. There are a few dos and don’ts that employees should bear in mind while opting to apply for a role within the organisation. Sudheesh Venkatesh, chief people officer, Azim Premji Foundation, feels that it is critical for the reporting manager to know about an individual’s interest in the internal job posting.

“It shouldn’t surprise the current manager. They shouldn’t be kept in the dark because later it comes to bite in many ways. The delicate thing here is that managers do not want to let go of their people. If the employees go and talk to them about it, there are risks associated. One risk is that the managers may dissuade them from applying and the other one is, the supervisors may start disowning them from work. Internal job postings are a tight rope to walk on. I have seen many people undergo a lot of stress on opting for an internal move,” Venkatesh points out. Another equally critical thing he wants to add, is that this shouldn’t be a means for employees to look for a way out of a sticky situation. “Employees should not see an internal move as an escape window. They need to earn their stripes, do well and then move. If they think they can switch from one role to another and not focus on the job at hand, somewhere this will all catch up. Subsequently, their employee records will show how there has been no meaningful contribution by them in any of their roles. While internal movements are good, employees should ensure they are doing great in their current roles.”

People should develop skills and become versatile. All this happens with a good internal movement programme. Sudheesh Venkatesh completely agrees, but also insists that it shouldn’t become a rolling stone.

One has to remember that it’s a career move. Whatever one decides to do with an internal job posting, it has to be a step ahead and not a step back. The latter can have an adverse effect on the career plans of many. The goal here is to develop skills and broaden the portfolio of work. If that purpose is not served, it’s time to take a long and hard look at what employees really want from their stay in the organisation. Jayant Kumar, joint president – HR, Adani Group, feels it should fit in an individual’s career-progression plan.

“Employees shouldn’t give in to the short-term output just because it is easily available. They shouldn’t go for it as a soft option. It may appear to be an easier option as nothing much changes except for the role, so there may be an urge to experiment. However, that may not be a great idea. Second, sometimes individuals give preference to the people they get to work with rather than the quantum and quality of the work. If one decides to take up the role simply because one has heard about the manager being good, it may not be a wise decision. That’s because relationships change with change in expectations.”

Kumar also asserts that the work content, exposure and opportunity are very important. “Such extraneous reasons shouldn’t guide internal moves. Familiarity should not be an overwhelming criterion. While opting for an internal movement, individuals should move forward with the decision and not take a step back.”

Therefore, the moral of the story is that internal movements have many pros for both for the employer and the employee, but the reasons behind them should be just.

Why leadership training shouldn’t only be given to high performers

What can companies do about misconduct of employees beyond the workplace?