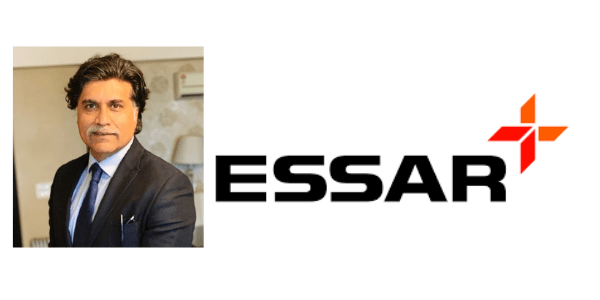 Rahul Taneja, who was earlier, group chief people officer of Jindal Steel and Power, has moved back to the Essar family. He has joined Essar Capital as managing director.

Essar Capital is the investment manager of Essar Global Fund. It monitors and manages the entire portfolio of investments owned by EGFL.

At Essar Capital, Taneja will be responsible for all human management practices and strategy, besides other additional roles.

In the past, Taneja has worked with the Essar Group for eight years between 2008 and 2016. His last role was that of senior VP and head-corporate HR at the Company.

Between his previous stint at Essar group and Jindal Steel and Power, Taneja has also worked with Jet Airways as the chief people officer.

With a professional experience of close to three decades, Taneja has worked across sectors — from manufacturing and airlines to telecommunications and technology—and in various roles in marketing, business and human resources.

An MBA from the Xavier Institute of Management, Taneja also holds a bachelor’s degree in mechanical engineering from the Maulana Azad National Institute of Technology.

Post his engineering, Taneja started his career with Mahindra & Mahindra as a marketing engineer, and later worked with companies such as JCB India as area manager, ConsIndia as president and business head, and later, HFCL as group head of HR. It is with the stint at HFCL that the transition to HR happened.

Later he also worked with Dell as director – talent acquisition and then as director- HR.

While at Essar, he has had the opportunity to work across cultures and geographies including Middle East, UK, Europe, South East Asia, China, Kenya and the United States.

Adept at handling mergers and acquisition, Taneja has also demonstrated crisis-management capabilities while leading complex businesses in challenging industries. Known to be a person capable of working under tremendous pressure, Taneja proved his mettle during his stint at Jet Airways, when the Company was forced to close down operations.